Home insurance rates in South Florida — already increasing thanks to claims abuses — will likely be boosted even more as a result of the unusually active 2017 storm season.

That’s what insurance industry experts are expecting as loss reports roll in from hurricanes Harvey, Irma and Maria, California wildfires, the Mexico earthquake and a series of damaging storms in Europe.

But the good news is most experts are expecting only modest increases resulting from the storm season, and they won’t take effect for most policyholders until 2019 because most 2018 rate requests have already been filed.

In Florida, total insured value of losses from Irma have reached an estimated $5.9 billion, according to the most recent tally by the Office of Insurance Regulation. 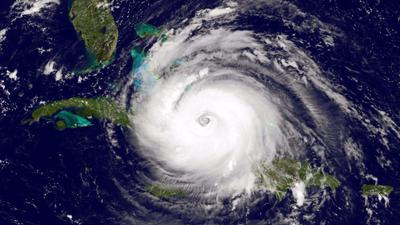 Nationwide, catastrophe losses in the nine months ending Sept. 30 totaled $38.4 billion — dwarfing the $2.3 billion losses in 2016 and exceeding the full-year $36.1 billion loss in 2012, which included Superstorm Sandy, according to a new report from the ratings agency A.M. Best.

Year-to-date net income for the industry declined 25.5 percent to $22.9 billion compared with the previous year, the report said.

The losses mark the worst first nine-month period of the past five years for the industry, the report said.

Still, the insurance industry remains flush with money, A.M. Best said. “Despite the significant decline in net income, industry surplus grew to $699.8 billion at the end of September 2017, driven by an $11.2 billion increase in unrealized gains, a slight increase in other surplus gains and a 20 percent reduction in stockholder dividends.”

Insurers covering Florida properties reported $1.3 billion in operating losses during the third quarter compared to $349 million in profit for the previous year’s third quarter, according to a tally by risk specialist Guy Carpenter. Of 61 companies tracked, 49 reported losses for the quarter.

The cost of most claims paid by property insurers are underwritten by reinsurance — that’s insurance that the insurance carriers are required to buy — and the Florida Hurricane Catastrophe Fund, a state trust fund created shortly after Hurricane Andrew to protect insurers against insolvency. In addition to funding from individual insurance companies, the CAT fund also buys reinsurance. It purchased $1 billion in reinsurance in time for the June 1 start of the 2017 hurricane season.
Reinsurance rates are certain to rise for companies prior to next June 1, and most of those increases will be passed to property owners in 2019, said Locke Burt, chairman and president of Security First Insurance, one of the state’s five largest property and casualty insurers.

Insurers and reinsurers will begin negotiations over rates for next year’s hurricane season after Jan. 1, Burt said.

Reinsurers will enter those negotiations claiming to have suffered “terrible” losses from Irma and say, “’We need more money,’” Burt said.

Insurers, by contrast, “are going to start out by saying, ‘Yeah, but look at the last 10 years [with no major hurricanes hitting Florida.]’ Reinsurers are sitting on a lot of money from Florida with no claims for 10 years. ‘Shouldn’t that count for something?’

Swiss Re, a Zurich, Switzerland-based reinsurance company, warned non-life insurance carriers to expect “substantial” rate increases resulting from an estimated $95 billion in losses from the three hurricanes and the Mexico earthquakes. “Price rises in loss-affected segments are already happening and could be substantial,” the company’s Nov. 21 report quoted Kurt Karl, Swiss Re’s Group Chief Economist, as saying. Prices in loss-affected reinsurance accounts “could rise significantly” and non-affected markets could be affected as well, the report said.

“This is also happening because prices have fallen so low over the past few years,” Karl said. Low reinsurance rates, fueled by global investors looking for the highest yields they can find, have enabled small private-market insurance companies in Florida to lure policyholders away from state-run Citizens Property Insurance Co. with competitive rates. Analysts have warned that smaller insurers could face financial pressure if reinsurance rates rise too high.

With 40 to 60 reinsurance carriers competing for Florida business, Burt said that ultimately, “I don’t think reinsurance rates will be going up as much as the reinsurance underwriters in London and Bermuda hope.”

A.M. Best, in a Nov. 15 briefing projected that global reinsurers’ combined return on equity [ROE] for the year will slip to between zero percent and -5 percent — “not stellar but also not too bad considering the magnitude of the losses.” Over the past five years, the industry has enjoyed an 11 percent ROE, the reports said.

The briefing said reinsurers are facing a “dreaded scenario” — “where losses are significant to drag earnings but not significant to meaningfully change market dynamics and pricing for a sustained period of time.”

Burt expects reinsurance to cost his company another $7.5 million next year, which would be passed down to policyholders as a 4 percent to 5 percent rate increase in 2019, he said.

Joe Petrelli, president of Ohio-based insurance ratings agency Demotech Inc., shares Burt’s opinion that reinsurance rates will increase only moderately despite an active year for catastrophes not only in the U.S. but globally.

“Although most catastrophe reinsurers only had an earnings hit, some need to replenish capital a bit and they will need to increase rates to be able to attract and retain capital,” Petrelli said by email.

Tempering those increases will be competition from insurance linked securities, catastrophe bonds and other alternatives, he added.

Other factors that will influence the size of reinsurance rate increases include revised claims forecasts that consider both the paths of the 2017 storms and the pattern of insurance claims that followed, Petrelli and Burt said.

Petrelli said that before Irma struck, “there was a point in time when it appeared likely that Irma would strike the Keys and then bisect the Florida peninsula. this would have been unprecedented and, I speculate, an unanticipated path.

“In 2018, this scenario will likely be one of the new additions to the claim forecasting models.”

They’ll study Irma claims from Palm Beach, Broward and Miami-Dade counties to see how many involved public adjusters, attorneys and contractors working under assignments of claims benefits — factors that lead to increased lawsuits and higher costs-per-claim, he said.

“The reinsurers suspect they’ll see a lot of tricounty claims and the costs to settle will be higher than in other parts of Florida. If those suspicions turn out to be true, companies with significant market share in South Florida will likely pay significantly more for reinsurance than companies without high market share there,” Burt said.

Said Petrelli, “Absent a solution to the assignment of benefits situation that has the benefit of being upheld by the courts, reinsurers are concerned and thereby uncertain about Florida. Uncertainty translates into higher rates, whereas consistency of claims protocols, procedures and practices translates into moderate rate revisions.”